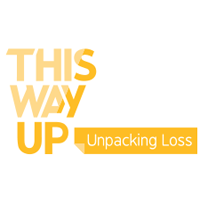 With 20 years’ experience of youth work under their belts, This Way Up came about when Pete and Mandy English were approached by a divorce support group to write a course specifically for children and young people.

“Parents had identified their children needed help to cope with the stress and anxiety caused by family breakdown so we developed ‘Lost and Found’ – a course for young people experiencing significant loss through either divorce, separation or bereavement,” says Pete English, chief executive of This Way Up.

Lost and Found is delivered mostly by volunteers in ten secondary schools across Solihull, and through word of mouth has travelled the country to church groups and schools and even overseas to South Africa and Swaziland. Last year 200 children in Solihull benefited from the course.

Responding to the scale of need, This Way Up began to offer church youth and community workers training on how young people are affected by divorce or bereavement and how to support them.

“We soon realised that there was an opportunity for us to train others to deliver our training under some sort of licence agreement so that more young people could access our course materials using a model that would allow us to maintain high standards of delivery.”

Through Tearfund, also a Christian organisation like This Way Up, Pete and his team successfully applied for a grant of £30,000 to develop Lost and Found into a ‘social franchise’.

“We’d started working on the business plan but needed an outside perspective, and that’s when we called in help from Development in Social Enterprise.”

“It was useful having someone independent giving us feedback on our model and assisting with elements such as costs, pricing, and intellectual property. We also needed advice on marketing and how to promote our training courses. The encouragement to keep going and being a critical friend was particularly valuable.”

The Lost and Found franchise is now fully developed and marketing activity to recruit and train facilitators is underway: “It’s not been easy but getting the detail right is very important. We hope to organise the first national Lost and Found conference this year, which will provide a great platform to launch the product.”